Data access roles are available on all eazyBI products, however, if you use an eazyBI.com cloud account it is required a PLUS subscription plan for this feature.

If you would like to use a data access role to restrict access to selected cubes (and optionally also cube dimensions) then select one or several cubes from the list. If a user will have a data access role with cube restrictions then only these cubes will be visible to a user. 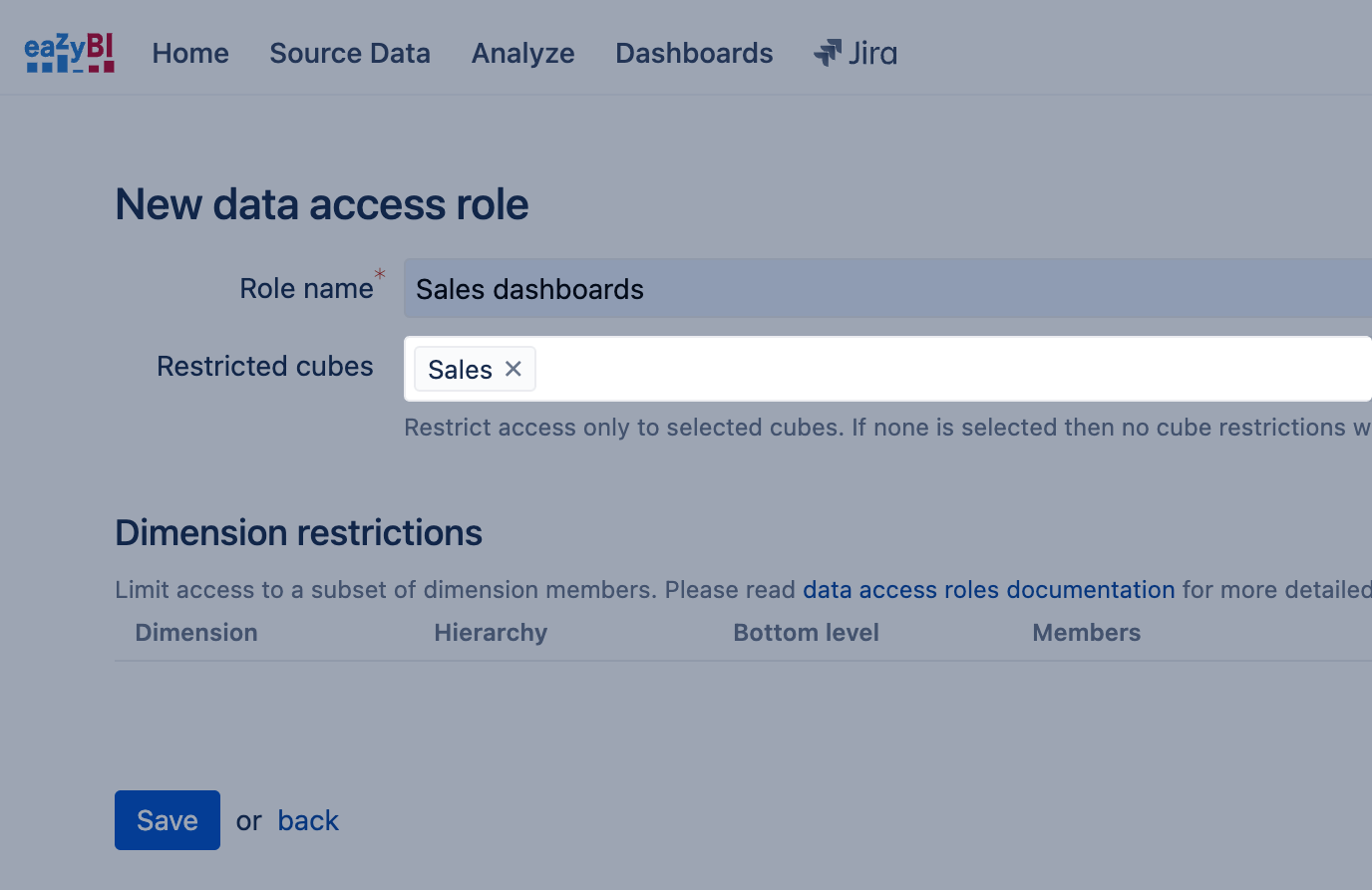 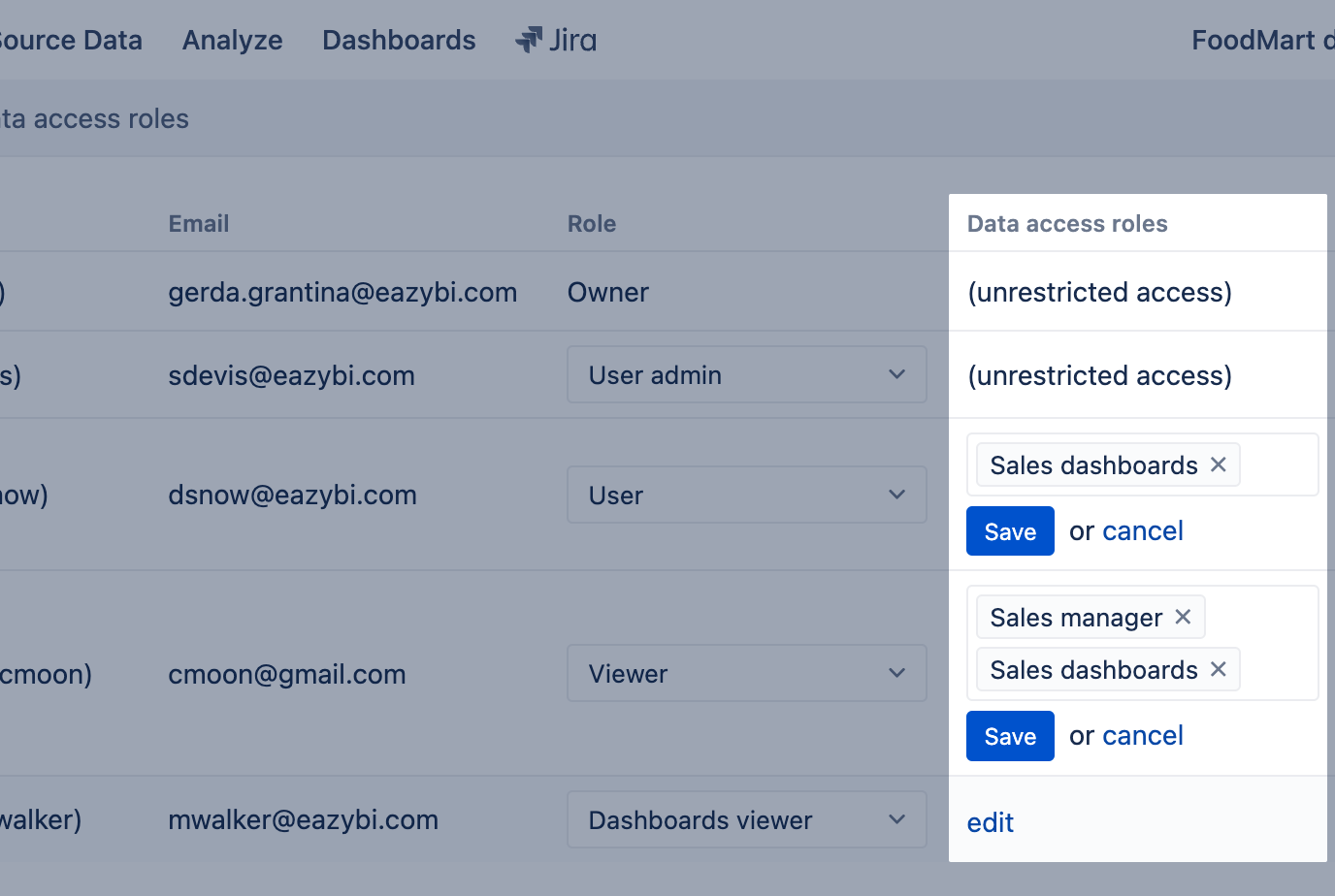 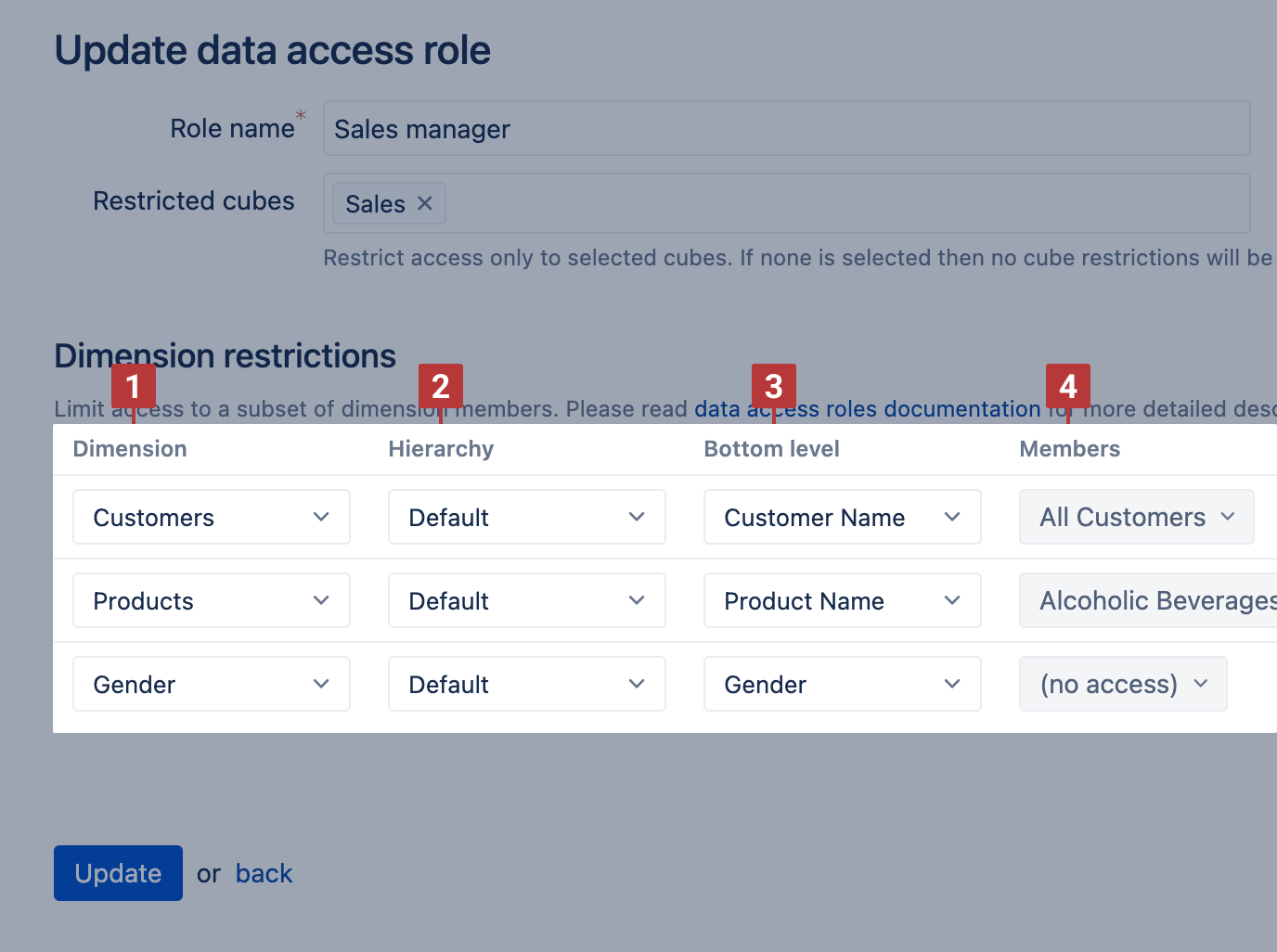 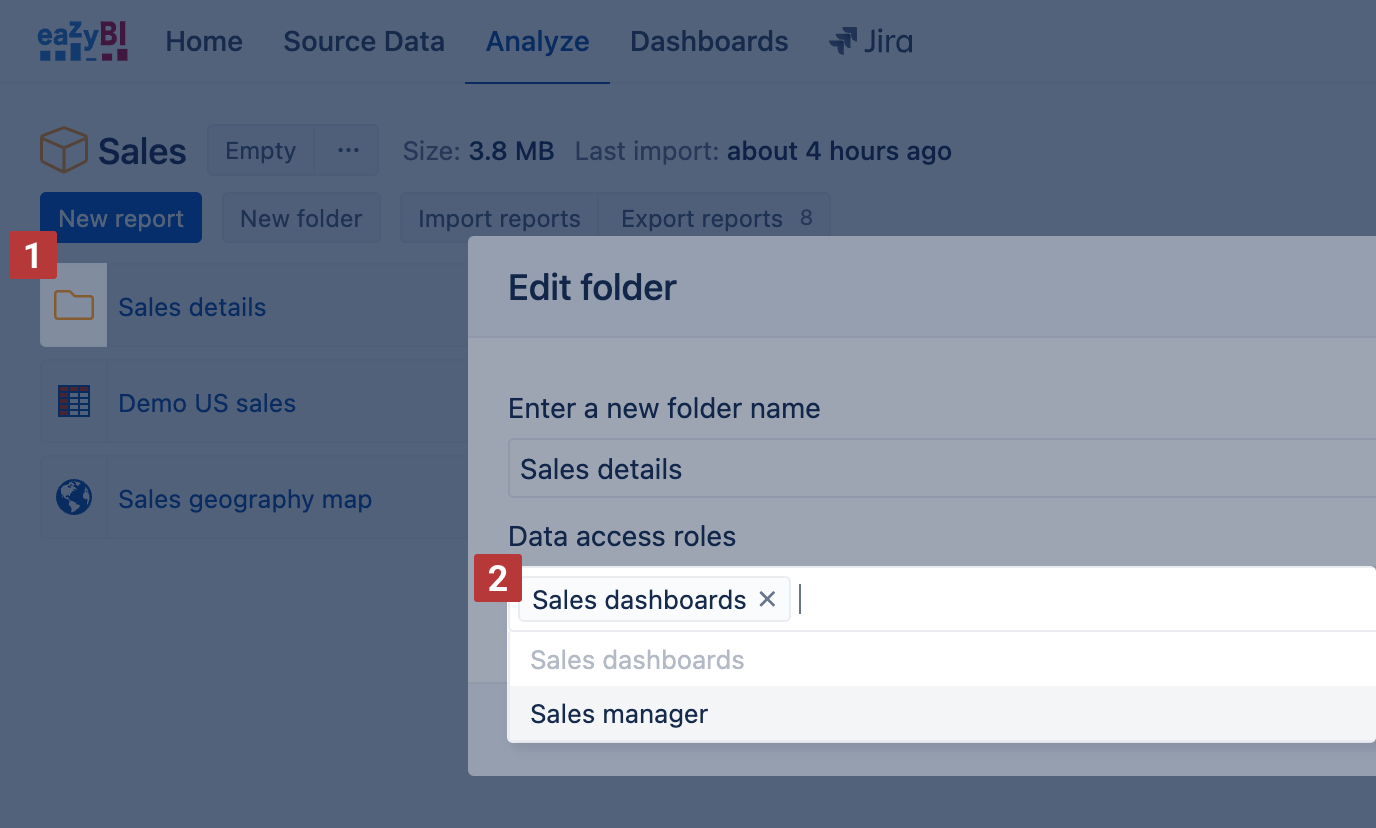